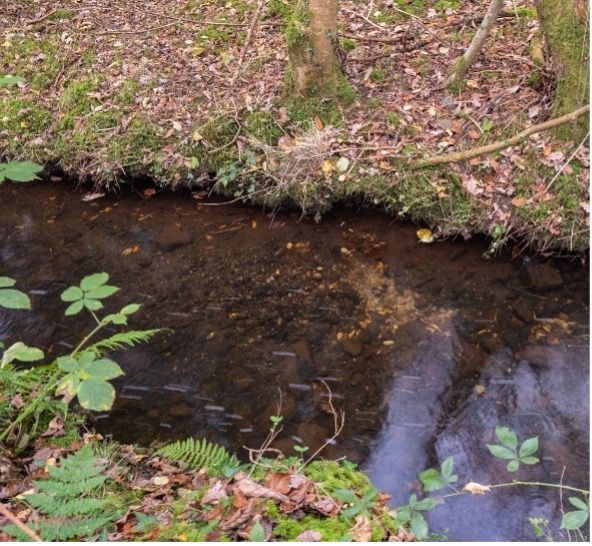 Following the decision in September 2014 to end the operation of NRW hatcheries and stocking of salmon and sea trout, commitments were made by Natural Resources Wales for alternative funding to deliver equivalent or greater benefit. NRW therefore invest in programmes of ‘alternative mitigations’ in seven Welsh rivers. Throughout 2020-21 Afonydd Cymru facilitated Alternative Mitigation works across 5 catchments: Wye, Taff, Seiont, Mawddach and Dee.

Mitigation funding is used to deliver project work based on, but not necessarily restricted to the following options, based on the principles of salmonid habitat restoration and improvement:

Throughout 2020-21 Afonydd Cymru facilitated Alternative Mitigation works across 5 catchments: Wye, Taff, Seiont, Mawddach and Dee. These works include the re-introduction of gravels below reservoir impoundments and the installation of gravel retainers – gravels are imperative for stream biodiversity (i.e.: invertebrates) and spawning fish. We have also remediated up to 60km of acidified upland waters through the addition of limestone. There have been over 5km of improvements through the Introduction of gravel, revetments, instream check structures/low level weirs, coppicing and fencing on the Taff catchment. 1.5km of fencing, also culverts and blockages removed on the Seoint (see photos). On the Mawddach catchment we are removing a weir to enable habitat connectivity and fencing & tree planting to trial in stream shading and weed growth control. There are 9 habitat improvement schemes being undertaken in the Dee catchment including: Installation of gravel traps, reduction in shading, and fencing & tree planting, in-stream habitat creation and the protection of a 1.5ha wetland to allow for periodic grazing.

Restoring riparian and spawning habitat, removing barriers to migration and improving water quality increases spawning success and juvenile survival which in turn increases the number of smolts produced. This leads to an increase in returning adult salmon and so contributes to the conservation of the species as well as providing socio-economic benefits to local communities. This outcome fits the objectives of both NRW and our Rivers Trusts.

Photos from the Seiont catchment: 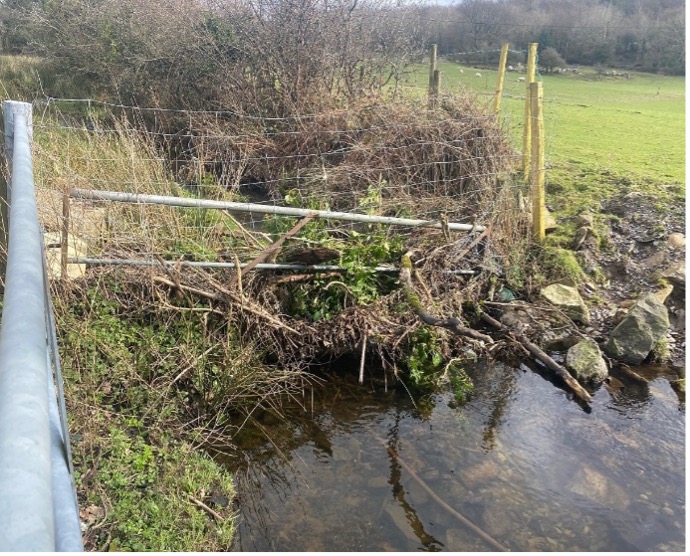 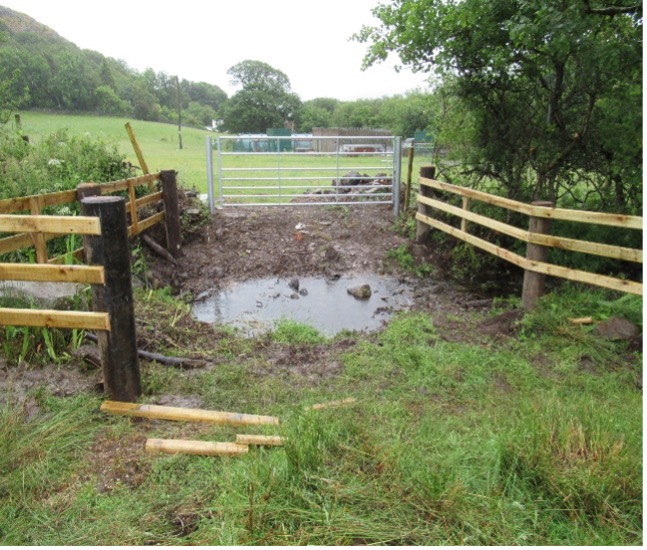 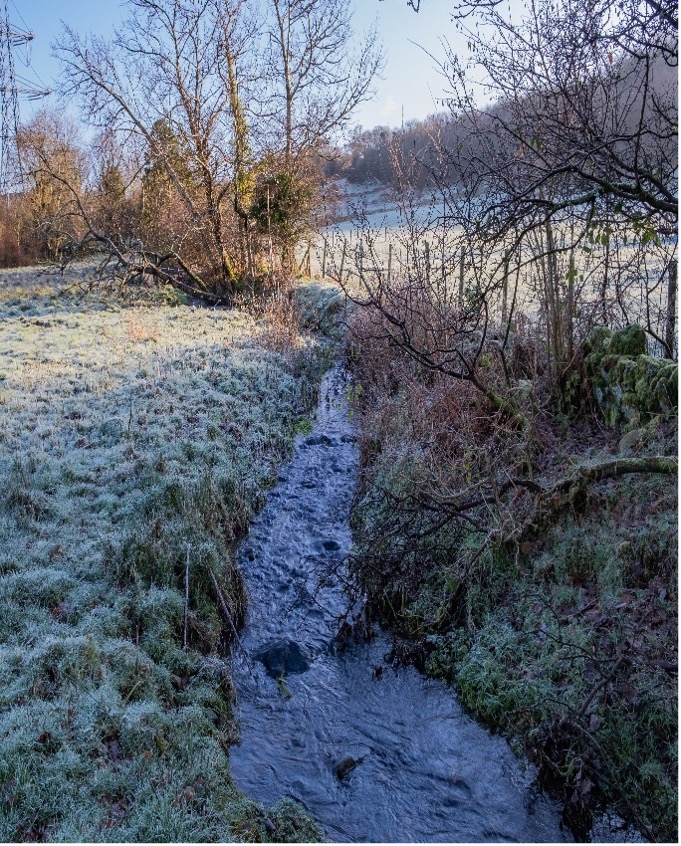 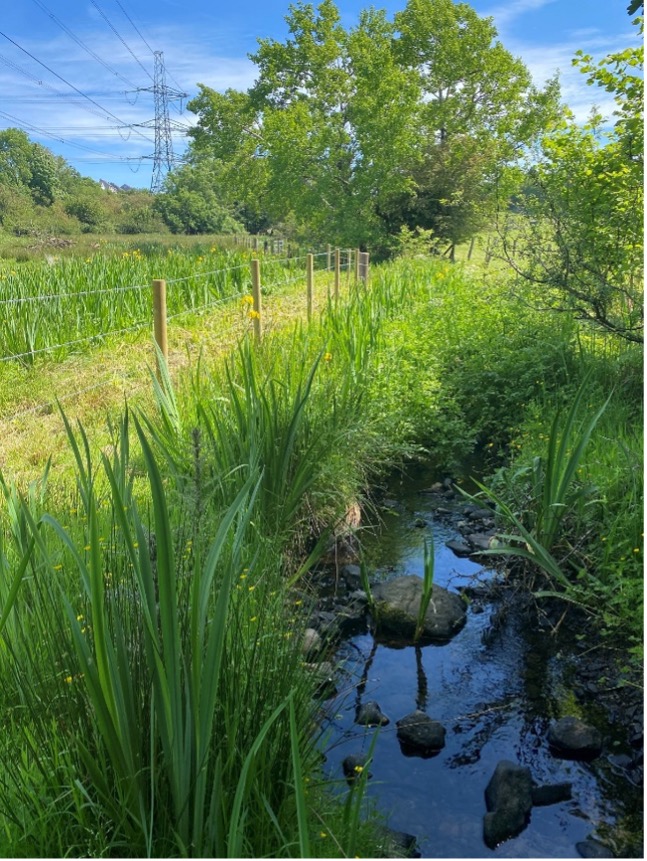 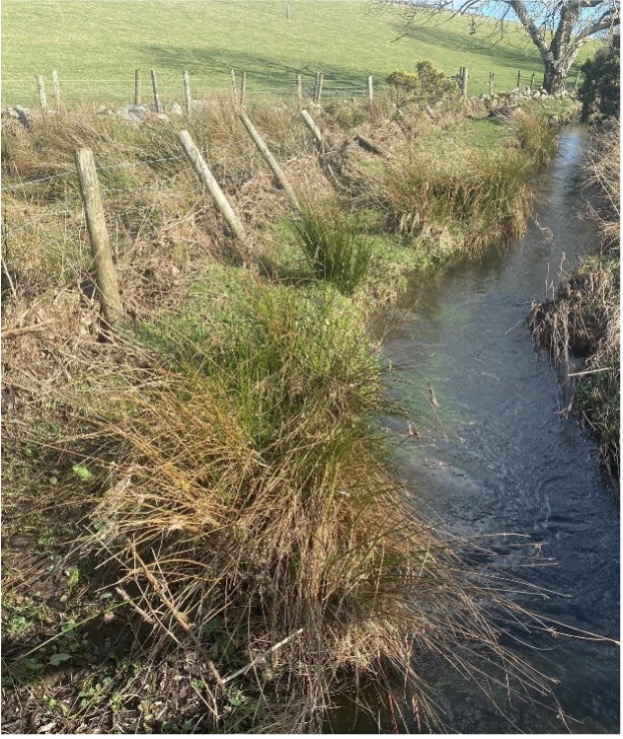 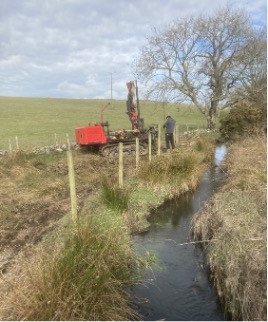 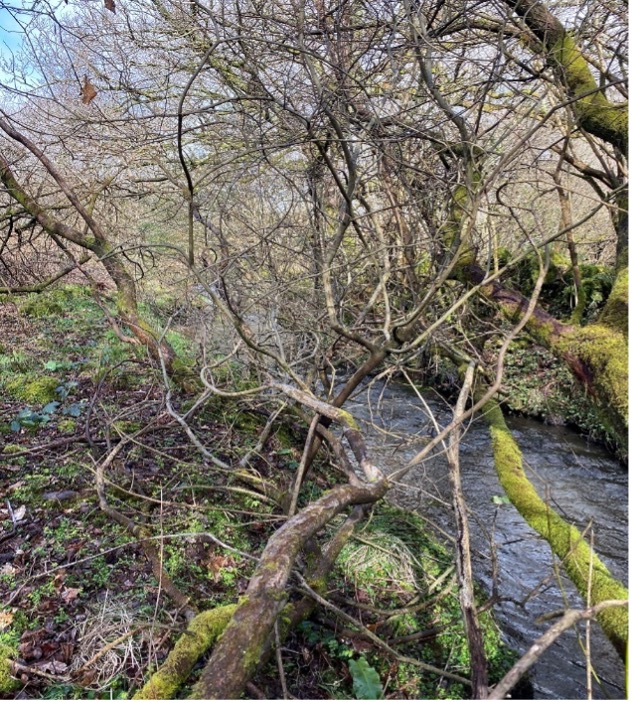 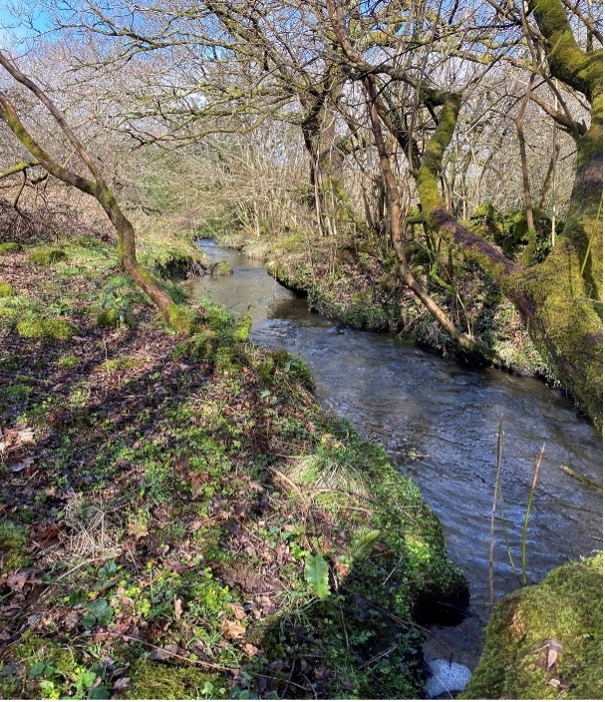