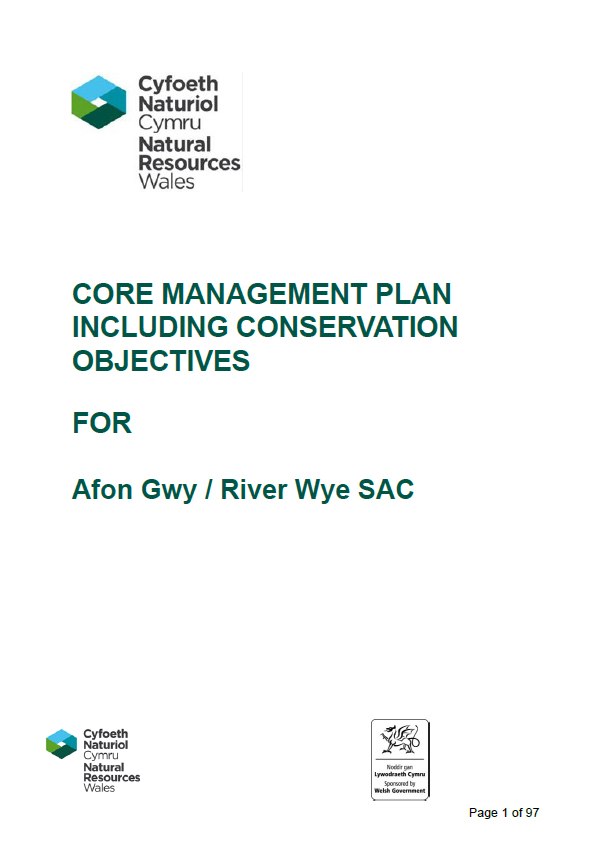 Finally, it appears NRW is acknowledging that the expansion in the poultry industry is damaging the river Wye SAC.

Natural Resources Wales appears to have acknowledged publicly for the first time that the expansion of the poultry industry in Mid Wales has had damaging effects on the river Wye.

Previously, it had stated that no evidence existed of a link between the industry’s growth and the deterioration of water quality in the highly protected river, despite the claims to the contrary of many environmental organisations.

Without any announcement, Natural Resources Wales has published its Core Management Plan for the Wye, along with other Welsh Special Area of Conservation (SAC) rivers. The Wye report covers the Ithon, the tributary in whose sub-catchment the majority of the new poultry units have appeared. The plan states several times that “Diffuse pollution from agriculture is identified as a particular problem…….” and that “This is partly due to the spreading of manure from intensive poultry units which are proliferating in the Ithon catchment.”

According to Natural Resources Wales, spreading the manure from poultry units in the Ithon (Wye) catchment has been identified as contributing to the problem of diffuse pollution

Despite this, Natural Resources Wales say that there is little it can do about it, claiming “these operations are currently outside of regulatory control.” The regulator, however, has powers to take action both under the Environment Act (2016) Wales and EU Habitats Directive if an operation is damaging an SAC. Some would say it is, in fact, its duty.

In a further apparent change of tack, the regulator acknowledges that an anaerobic digester in the Wye catchment is also contributing to water quality problems. Earlier in November, a planning application doubling the size of a poultry unit near Builth Wells was allowed to proceed, with the extra manure generated being taken to this facility. A judicial review taken by Fish Legal failed earlier this month because the spreading of the resulting digestate (which also contains high levels of nutrients) was considered by the Court of Appeal to be “too remote” to be taken into account in the original planning decision. Natural Resources Wales made no objection to the planning application.

Despite its claims to the contrary, Natural Resources Wales does have the powers to do something about damage to SACs resulting from manure and digestate spreading

There are numerous criticisms that could be levelled at the Core Management Plans for the Welsh SAC rivers, including a lack on uniformity, elements that are very out of date and others that are plainly wrong. One major issue is that despite their name, they contain no plans to resolve problems, simply stating that where problems have been identified, action is required. Nowhere is there any detail of what either Natural Resources Wales or anyone else should do to put things right.

The production of updated Core Management Plans is a legal requirement of the regulator under the Habitats Directive. Despite this, these plans were not publicised and have gone unnoticed by environmental groups and organisations. It appears that it took Justin Neal, a lawyer from Fish Legal, to inadvertently come across the Wye plan for anyone else to know about them.

His reaction was: “This is scandalous. Natural Resources Wales appear to have sneaked out this report without fanfare that confirms both the link between intensive poultry units and damage to the River Wye SAC species and the gap in the regulatory regime to address it. Yet, at the same time NRW are telling us that the River Wye SAC had not been formally assessed since 2014 and that any potential deterioration that they have found isn’t ‘real’.

In our judicial review application, the Court of Appeal concluded that there was nothing to worry about when it came to the spreading of anaerobic digestate made from poultry manure precisely because it is regulated by Natural Resources Wales. Yet here it is in black and white that they don’t regulate manure spreading.”

He added: “NRW has been gaslighting us and everyone else who has been campaigning for action to address phosphate pollution on the Wye by refusing to publicly acknowledge pollution from intensive poultry units as a factor.

We say that it is now time for the Welsh Government to step in and direct NRW to investigate poultry units that are causing the problem and then to enforce against them under the Environmental Damage Regulations – as we have been arguing since 2020.”

Neither Afonydd Cymru nor any of the six Welsh river trusts were aware of the updated Core Management Plans, despite their significance and despite our repeated underlining of the importance of updated and revised versions. There has been increasing evidence that the poultry industry expansion has been damaging the Wye, yet for two and a half years since the Wye and Usk Foundation first highlighted concerns, there has been nothing but denial from NRW of such links. Restoring the ecology and water quality of Welsh rivers is dependent on understanding the causes of failure in every sector.

We are now urgently reviewing the Wye plan and those for all other Welsh SAC rivers. Our response to these plans will be published later this week, outlining detailed and specific concerns.